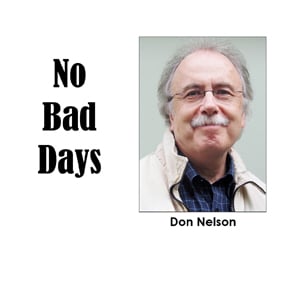 September is National Prostate Cancer Awareness Month, and I am here to make you aware.

I know of Flynn because he lived in the Minneapolis/St. Paul area, where I spent many years, and I’ve read a few of his high-octane political thrillers featuring the relentless CIA counter-terrorism operative Mitch Rapp.

Flynn had let his readers know that he was fighting cancer, so in some respects his death was not a surprise. But it was still a shock to me, because he was so young and because as a prostate cancer survivor I had many questions about how, in his 40s, Flynn could have been afflicted with and died from a disease that most men don’t start having tests for until they are in their 50s.

It was also a reminder that, despite more awareness and improved treatments, many men still die from prostate cancer each year – some because they resisted testing for too long.

According to the website of the National Cancer Institute at the National Institutes for Health, nearly 239,000 new cases of prostate cancer will be discovered in the United States this year, and nearly 30,000 will die from it.

Prostate cancer can be relatively benign and manageable without surgery or other aggressive treatments. It can also be devastating and deadly. The odds of diagnosis start going up for men in their 50s, especially so for men over age 65. Annual rectal exams have long been recommended as the first stage of detection.

In recent years what was once an accepted testing protocol has been called into question. Last year the United States Preventive Services Task Force recommended against using the common prostate-specific antigen test (PSA) because the test results may lead to over-diagnosis and over-treatment.

Sort of like saying, “what you don’t know won’t hurt you,” I guess. But it also might kill you.

As someone who had robotic surgery and came through it fine – after a digital exam, a PSA test, a biopsy and an assessment by of one of the state’s top urologists – I’m having trouble understanding why a PSA test is considered a bad thing. The implication is that we’d be better off not knowing, because we might do something rash like, say, look into it a little more.

The PSA is not the only indicator, and anyone who deals with the possibility of prostate cancer that might advance will likely seek a lot more information before considering a course of action. The term “over-treatment” doesn’t make much sense to a person who had the disease and now doesn’t (my most recent PSA test, this year, is still showing “zero”) – especially when under-treatment has such potentially awful consequences.

There is much to know about the disease, its detection and its treatment, and plenty of information is available from credible sources. I would suggest that anyone who is concerned about prostate cancer learn as much as they can so they can make individual decisions that make the most sense for them. Be open-minded. Be proactive. Be aware.