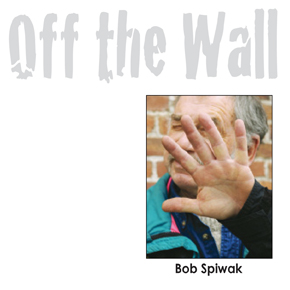 In the current issue of Audubon magazine there is a feature article titled “Eight Great Fall Birding Trails.” At first glance this might be of little interest to anyone other than bird watchers, but where the birds are, there would be other wildlife in the area – which makes it a nice place to hike or even take a leisurely stroll.

Of the eight trails listed in the United States, Washington is first on the list.  And, quite by coincidence I last month noticed a new sign on the board at the Tawlks-Foster Suspension Bridge parking lot, noting that the trail to the bridge was a part of what is called “The Great Washington State Birding Trail.”

The article leads with the acclamation that “this is one of the most detailed and ambitious statewide birding trails in the country.” The complex of trails is divided into seven segments around the state, distinct loops that focus on the various avian ecologies around the state. “Ours,” right here in Mazamaland is one of these. Thus far I have not followed it to see where it goes. One of these days . . .

The National Audubon Society was founded in 1905, taking the name of pioneer ecologist John James Audubon, who is mostly recognized by his paintings of birds. He also delved into other wild creatures in his illustrations. The society is one of the heavyweights among the nation’s environmental organizations, along with the Sierra Club, National Wildlife Federation and others. Within the national organization there are state societies that act independently as well as in concert with the parent group.

Thus, the seven birding loops concept was created by Audubon Washington. Within the state organization are local chapters, ours being the North Central Washington one. The chapter puts out a monthly newsletter, edited and constructed by Teri Pieper, a local photographer and writer. It is circulated by mail and includes contributions from talented and interesting devotees from around the North Central area.

Locals here in the Methow are further represented by one person who is high on the international list of career birders. Ever reticent to divulge numbers on what is called his “life list,” Dave Chantler has one of the largest sighting lists in the world, which he travels frequently, wherever possible documenting his findings in marvelous photographs. Where others (such as I) would attempt to sell works of art of this nature, Chantler has them on Flicker, in the public domain.

Yes, this is the same guy we refer to as Chucky Cheese, who is the fromage buyer for Hank’s Harvest Foods in Twisp. He prefers the nickname “Freddy Fromage.”

Sometime in the 1990s, amidst criticism of a variety of alleged ecological badness, such as water usage, fertilizers, habitat destruction and the like, there was a movement to endow participating golf courses to eliminate or minimize the ills noted above. The first of these I visited was in North Carolina. They had erected nesting poles for ospreys and eagles in their large lake, created habitat for egrets and herons and recycled water along with minimizing fertilizers and pesticides.

In doing research for a story about this, I discovered that the program had been instigated by the New York State Audubon Society, and was told by the national organization it was still too early to judge the success that the course had proclaimed on signage on the links.

Bringing this back to our Methow home, we should be honored that right in our own figurative back yard is a place that is a yardstick for success by a national – make that international – organization.

And pretty soon, I’ll be walking that loop by the Tawlks-Foster Suspension Bridge down the road from Mazama.