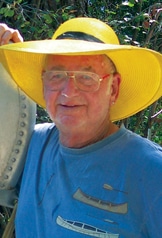 It’s Monday morning, 9:40 a.m. The North Cascades Highway is supposed to be open in half an hour, although according to a Washington State Department of Transportation person, this does not mean it will be fully cleared. It is estimated by WSDOT that the recent slides left about 30,000 cubic yards of debris on the road; mud, rocks, boulders and trees. This would equal about 3,000 10-yard truckloads, according to WSDOT.

However, it will not be that much trucked out, contrary to rumors up here that there were environmental protests about “dumping it over the edge.”

The WSDOT spokesman, who prefers not to be named, said that he had not heard the rumor and that the department’s environmental division was working to ensure that nothing would be done to jeopardize the environment, such as putting the waste material where it could sully any water source or feature.

A lot of the slurry will be used on-site as a leveling medium. The current operation also includes opening up drainage.

Speaking of water features, our pond that had, a week ago, a mother mallard and six grown babies is now down to one forlorn youngster. Its siblings and mom have flown not the coop, but the pond. This duck is apparently a tad developmentally slow when it comes to taking flight. In fact, it is much like a golfer, taking a shot and failing completely and over the days improving somewhat to the degree it can get clear of the water for a few yards, but still needing practice, practice, practice. Just like any hacker on the links.

We were forewarned that we would be visited by a pair of women who are doing a study to determine if there are any western gray squirrels in the area.  We had to sign a release allowing them to cross maybe 150 feet of our property, in order for them to gain access to Grizzly Mountain. They needed to get partway up the mount based upon an aerial photo that showed a large group of pine trees beginning about a hundred feet up. Habitat.

The gray squirrel, I was told, seems to be diminishing in numbers here in the Northwest and the survey is to determine where and how many might still be in various likely areas. How do you count squirrels, you might justifiably inquire. Me too. Well these two ladies, one a volunteer and the other an intern, showed me their high-tech squirrel counter. If you’d like to build one, all you need is Ace Hardware, Home Depot or the like.

Take a piece of 3-inch ABS plastic pipe, lay it down and drill holes in the top, downward. Into these holes screw a bolt so maybe an inch protrudes into the tunnel. On the end of the bolt fasten a piece of flat metal, about 1 by 2 inches and to this surface apply a piece of double-sided tape.

Now that your apparatus is complete, find a likely habitat and put a walnut or two inside. The squirrel, if all goes well, will enter the tube and leave some hair on the tape. This can be analyzed as to what kind of animal took the bait.

It struck me that all one would need for wolverines is a larger diameter pipe.  But as many instructions advise, “Don’t Try This At Home.”