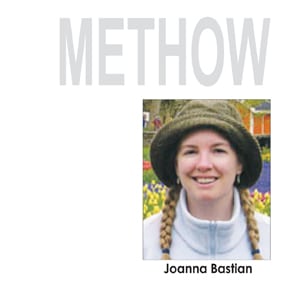 Last weekend I found the perfect motivation to take up running. Even though I know a regular jogging schedule has many positive health benefits, I have always struggled with finding a reason to run.

A couple of times a year, I start to run with the good intention of repeating the exercise several times a week. After a few seconds of running, the uneven jiggle of body fat becomes too distracting. I attempt to counteract the distraction of blubber flubbing with some deep, even counted breathing, “In, two, three, four, five, six, seven, eight. Out, two, three, four, five, six, seven, eight.”

The meditative breaths work great until my lungs catch on fire. At that moment I typically start to hyperventilate and switch to a different technique, imagining a motivator to keep me running, like, the Nazis are after me. But that does not work at all. Turns out I would tell the Nazis anything just to get out of running. That might explain why the CIA rejected my job application.

After a few moments on the treadmill I start blathering every secret I have ever been entrusted with. Want to find out the secret ingredient in Gram’s chocolate chip cookies? Make me run. In 30 seconds I will admit that it is a packet of vanilla instant pudding. There. I said it. The mere thought of running makes me spill the beans.

Last week I finally found the perfect motivator to keep me running. I was not looking for any particular reason to run. I was not even running at the time. I was enjoying a morning walk along South Fork Gold Creek while the dogs were enjoying the plethora of smells and peeing on different types of scat.

The fireweed was all in bloom, and alongside a small stream the thimbleberries were plentiful. I was snacking on a handful of berries when a twig snapped nearby. We continued walking and the creature followed alongside us for a short stretch, breaking branches and undergrowth about 30 feet away. Thinking it was a moose or buck, I called the dogs and stopped to see what was making such a racket. They sat calmly next to me, alert to the movement in the bushes.

A black bear emerged and stopped short when she saw me. I turned quickly and walked away, telling the dogs to heel, knowing it was a black bear and there was not any danger as long as we moved quickly and made a lot of noise. Just then, in front of me, a flash of black shimmied up a tree and started to cry – her baby. We were in between her and her cub. She started to huff and charge.

Well, there it was. My running motivator is not a Nazi, but instead she is a momma bear. For a split second I thought of checking on the dogs, but I figured if they were not bright enough to run away, they might as well be removed from the gene pool. As they bolted past me in a dead run I realized my dogs have no loyalty and were not planning on staying behind to distract the bear. Instead, they had decided that it was I who needed to be removed from the gene pool.

I think I will take up running again, just not along the thimbleberry bushes on South Fork Gold Creek. My goal is to run faster than my ungrateful dogs.