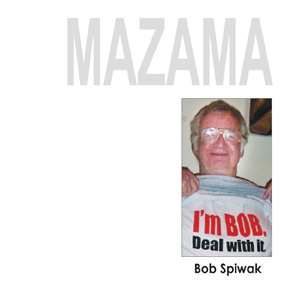 It’s been an exciting time here for the past week, and certainly the talk of all the towns. Probably even Carlton, where I understand people talk about stuff. Anyhow, for three evenings the skies have lit up with essentially endless displays of sheet lightning. Sitting outside with Grizzly Mountain as a foreground, after half an hour Saturday night I wondered if maybe this was the Aurora Borealis and not lightning. Shortly thereafter came the house-shaking thunders and shafts of lightning.

Thus far this has been the pattern for several days. The NOAA forecasts have been unusually accurate as to timing. The forecasts refer to events such as thunder and lightning, high winds and rain invariably either before or after 11 o’clock – a.m. or p.m., depending on the report. It recently struck some of us that somewhere in the NOAA system there is a shift change at 11.

This is a fourth-hand report of an accident on Highway 20 near Washington Pass. The story goes that a woman called 911 to report a serious accident, a car well off the road, badly damaged, in the trees. Asked if she saw anybody at the scene, she is alleged to have said she did not go to the car but noticed limbs sticking out the window.

This prompted a call from the dispatcher that it might be a fatality. Aid cars were dispatched from Mazama and Winthrop. The Mazama crew was first on the scene where the sole occupant of the vehicle was now present, with a nose injury and other bumps.

Turns out the “limbs” were tree branches, not arms and legs. The driver was otherwise unhurt.

The Methownet Bulletin Board has had its usual daily complement of a variety of topics, and also a recent one regarding the three helicopters that flew over a couple of weeks ago, at treetop level at about 10 p.m. The query, “What the hell is going on” has drawn 2,800 hits on the topic and about 30 responses. Emanating from a Mazaman who lives near Lost River Airport, where the Blackhawk choppers landed, the interest it draws may be on the way to a long life, such as the topper, “Will Wolves Affect the Methow,” now in the multi-thousands.