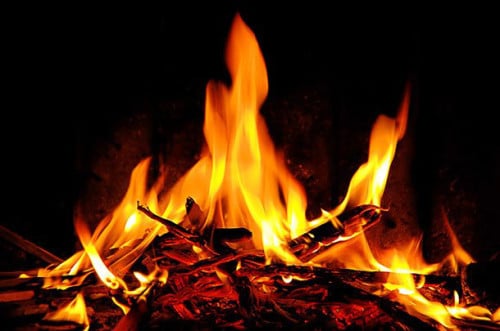 Washington State Parks is now prohibiting campfires in all state parks until further notice to help prevent human-caused wildfires during the hot, dry season on both sides of the Cascade Mountains, the agency announced last week.

Campers will be allowed to use propane and liquid gas stoves appropriate for camping and backcountry use; propane barbecue devices that do not use solid briquettes; propane or pressurized white gas warming devices that have a shield or base; and solid fuel citronella or other candles in a metal bucket or glass container.

The agency said it is following the lead of the state Department of Natural Resources (DNR), which earlier banned all outdoor burning on lands protected by DNR.

The burn ban at Pearrygin Lake State Park outside Winthrop went into effect “as soon as DNR sent it down” on July 30, according to Assistant Park Manager Bryan Alexander. Notices are posted on park bulletin boards, restroom doors and dumpsters, as well as at the park office and campground entrance booths, he said. People are also advised of the burn ban when they call for park information, or go to Pearrygin’s web page at www.parks.wa.gov, he added.

“Ultimately, people have been cooperative,” Alexander said, “although we have had to educate a few folks.” He acknowledges that the burn ban “does put a damper on camping, especially when it’s rainy. A campfire can be the heart of the camping experience.”

“The most common question we get is if the burn ban is lifted because it’s raining,” Alexander said. “The answer is, ‘no.’”

Pearrygin’s resident ranger said he doesn’t anticipate lifting the ban until October, or later, depending on conditions. “We’ll take our direction from the agency and DNR,” Alexander said.