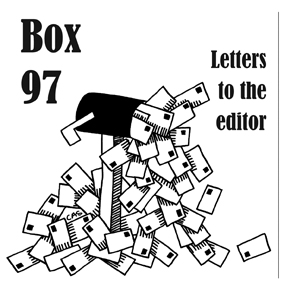 I just finished reading the Methow Valley News. Looks like a great air show. The fourth plane on that row, polished aluminum with red stripes, is a Spartan Executive. Less than 50 of these were produced in the mid 1930s. They had a 450-horsepower radial engine and were mainly marketed to oil companies. At all the air shows I attended with my dad, this plane was one of his favorites.

The first plane on that row is a Piper Comanche built from the late 1950s through the early 1970s. My dad had one of them. Two stories:

The first time he flew it, I was with him and when we were preparing to land, the landing gear malfunctioned and he had me reading the owner’s manual trying to figure out how to get the gear down. Thankfully I’m a good reader and we figured it out and landed safely.

The next flight, we were on final approach at Fredericksburg, Va., and he thought he had left Raleigh with fuel flowing out of both wing tanks when in reality, only the left tank was supplying gas to the engine. As luck would have it, the engine quit on final approach. He immediately switched tanks to the right tank, told me to start priming the engine, and he was pressing the starter. The engine fired, we landed safely, but I still have vivid memories of being very close to corn tassels. Good memories, but how did he ever live to be 87?

Really! Ardis Bynum, your letter of July 10 is totally unacceptable. I attended the 2013 graduation at Liberty Bell High School. Each graduate is an intelligent, responsible high achiever, goal setter and compassionate individual. The “Pepto-Bismol pink eyesore” can stay pink until the 2014 graduating class might consider painting it red. You do know what red stands for?

I saw staff and teachers wearing pink on graduation night and I am sorry I didn’t. Instead of a prank that received 15 minutes of fame (like the class of 2012, a split car on a post), this graduating class did something that reminds all of this horrid disease and that they care. I saw that “pink tower” daily and thanked my God that I had eyes to see this symbol of caring.

I thank those seniors who made this awesome decision. The 2013 graduates of Liberty Bell High School have my deepest thanks and lasting support as they go forth to leave their mark on society.

(P.S. – I have read the two supportive letters of July 17, by Christine M. Kendall and Tim Lewis. Excellent).

Minutes of a March 5 commissioners’ meeting with the North Central ATV Club show that the county then acknowledged it had no authority to open roads in the Methow to ATVs. Ever mindful of the taxpayers’ pocketbooks, Commissioner Ray Campbell now states that the courts can decide upon the legality of the county’s actions.

Eighteen of the 23 residents from the Methow testifying at the July 25 public hearing opposed ATV use on county roads proposed for opening in the Methow. Concerns included safety, noise, landscape degradation and possible litigation for apparently violating state law. The commissioners showed little concern for any of these issues. Commissioner Campbell apparently doesn’t have much use for ATV accident statistics published by nonprofit ATV safety organizations that show ATV use on paved roads is dangerous. He stated that based on his own ATV safety research, roads with ATV use could even be safer than roads without such use.

Not to be outdone, Commissioner Kennedy stated her opinion that a road sign showing that a road is closed to ATVs is more hazardous than ATVs riding on the road. Commissioner DeTro got to the crux of the safety issue by disclosing the real culprit of road safety: bicycles. I too lie awake at night worried that a 30-pound bicycle going 10 mph will slam into my vehicle.

In my opinion, deciding which county roads should be open to ATVs requires a little more thought and a whole lot more logic than exhibited by the commissioners at the July 25 public meeting.

Two years ago, the Okanogan County Commissioners decided to keep the speed limit for cars, trucks, RVs, school buses, motorcycles, farm equipment and logging trucks on the East Chewuch Road at 50 mph beginning at the base of Studhorse Mountain Road, coming out of the town of Winthrop to the end where it meets with the West Chewuch Road.

At that time, I voiced my concern to our commissioners about the safety issues involving all the walking, biking, horseback riding and jogging residents and visitors to our valley who use the road coming from Pearrygin Lake State Park and Silverline Resort to visit Winthrop. Now there is a proposal to add off-road vehicles to the mix. What are we all thinking? Is this not a recipe for disaster?

You’re probably thinking, does this woman have an agenda? You bet I do. My son and my two grandchildren often ride their bicycles on this “country” road to enjoy the town of Winthrop. Please reconsider the choices of roads proposed for ORV use. Or work to provide a long-term solution for the safety of people traveling along the East Chewuch Road no matter what legal form of transportation they choose.

You missed a national story with potentially drastic local consequences. This month, Republicans in the U.S. House of Representatives voted out the farm bill with big increases in agricultural subsidies. This comes at a time when farm income is at its highest in 40 years. They also voted to end the food stamp program.

Most of the increases, and in fact most of the subsidies, go to gigantic agribusinesses and multimillionaire farmers (including some who personally voted for the bill). We have few of those in the valley or county. These subsidies distort the free market and make it harder for our smaller, local farmers to have a fair chance to compete.

True conservatives (not the right-wing Republican party) have criticized these market effects and argued for reform. Unfortunately, even some Democrats support the giant agribusinesses. That makes the idea of any true reform pretty hopeless.

A more immediate and disheartening local issue is that the Republicans also voted to kill the food stamp program that has always been part of the farm bill. Over 8,200 residents of Okanogan County (20 percent of the population) receive food stamps. Loss of this minimal assistance with the cost of food, mostly for children and working-poor families, could have a devastating effect here.

You could contact Doc Hastings and tell him you’re outraged about the cut of food stamps. You’ll feel you’ve tried, although Hastings won’t care. He’s part of the extreme right. They’re rushing to try to kill every social program they can before their worst fear comes true. They are afraid that Obamacare will succeed and their obstructionist policies will lose any remaining vestige of credibility.

If readers haven’t yet contacted their Congressional representative and President Obama about stopping the XL Pipeline, now is the time to do so. Stopping, or at least mitigating, global warming is obviously the international political reputation issue, but as important as that is, the threat of spills involving extremely thick tarry crude is a local concern here in North America.

Worse yet, for those of us who appreciate nature, is the damage already underway to the boreal forest where the tar sands are mined. This is the Earth’s largest forest biome, which I’ve written about in my Ski Trails book. Its southern extensions down our mountains provide oxygen restoration and carbon sequestration of course, but also the home of lynx, wolves, moose, and wolverines, essential to overall forest health. Read Cristina Eisenberg’s book, The Wolf’s Tooth, for the latest details on that benefit. However it is the birds nesting in the northern boreal forest, which migrate through here, that are being, and would be, impacted most.

We need to hold Obama to his word, and stop this dirty lethal pipeline.

I write to express disappointment in the recent actions of the North Central ATV Club and the Okanogan County commissioners. As staff for Trout Unlimited, I’ve worked hard the last few years with a group of folks among both environmental and ATV recreation interests to pass a sensible bill to both expand ATV routes and improve accountability among users to reduce conflicts and protect the environment.

The bill would have passed early this year except for concerns in Olympia with how it would be implemented in Okanogan County. The concern was high enough that one legislator tried to exempt the Methow Valley entirely. This led Representative Joel Kretz, R-Wauconda, to make this (paraphrased) statement on the House floor:

“The Methow is an incredible area; beautiful country. It is worth taking care of. There’s a wide range of recreational opportunities there. Some mix better and some aren’t really well suited with each other. My hope is that we’ll be able to determine routes that will keep conflicts to a minimum. I have talked with the Okanogan County commissioners about this and have their commitment that we will work together. I look forward to working with them and the other interests in the Methow. I hope we can do a really inclusive process in Okanogan County. I would urge folks that are concerned about this to work the public process on a local basis and we can hopefully meet the needs of all the different interests.”

But before the ink was dry, the ATV club ignored the opportunity for quality process and compromise and petitioned the commission to not only open all qualifying roads throughout the county but to also open a long list of roads that are illegal and unsafe for ATV use. This undermines that spirit of the new law and the collaboration that got it passed, and threatens to unravel the momentum we’d developed for sensible resolution of recreation conflicts on our roads and trails.

By responding to an olive branch with a sword, the North Central ATV Club and Okanogan Board of Commissioners have reinforced distrust that keeps us locked in conflict.