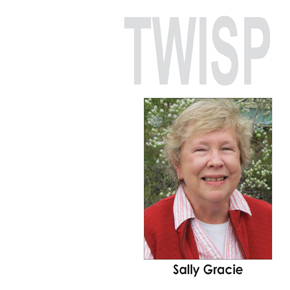 “When I worked at Jack’s, we’d just light a few candles and get on with it,” Renda Grim told me on Monday night. That can’t be done anymore, we agreed.

Glover Street was abandoned, and businesses and restaurants shut down because of the power outage caused by a fire near Malott.

Renda and I were the only people on the street; mine was the solitary car. No pick-ups at the Branding Iron or Antler’s, where most of the action is at 7 p.m. on a Monday evening in summer. There was the sound of a generator running across the street at Motion Auto Supply.

Renda had been at the Senior Center when the power failed, and like most places in town, the seniors were going to shut down operations for the day. The Twisp River Pub had closed. The door to the newspaper office was locked. Without computers and electricity for lighting, there wasn’t much sense hanging around. We walked together to the Branding Iron, which was dark and empty; the sign on the door read “closing at 6:30.”

Renda wondered out loud about the bakers at Cinnamon Twisp. “They go in at 11:30 p.m. or midnight to get started with the bread,” which is ready when Renda reports for work at 5:30 a.m. We talked about charging our cell phones if the power did stay off for several days.

Because Hank’s Harvest Foods has back-up generators, I wasn’t surprised to find several dozen vehicles on the parking lot. All the action – and all the rumors – were at Hank’s. “The power will be back on in “10 hours,” “12 hours,” “24 hours,” “three days,” “a week,” according to staff and shoppers.

Blythe Crawford, an employee at the deli counter, told me that she had sold maybe “10 times more fried chicken than usual.” Only crumbs remained. A few boxes of candles were left on the shelves. All the flashlights were gone, save one of those tiny but bright, good-for-reading LED lights.

I ran into Hillary Ketcham and Roscoe Roseland in the candle aisle. Hillary is very pregnant. “Due on July 10,” she told me. She was hoping that Three Rivers Hospital would have power when their baby finally decides to make an appearance. Roscoe said that their Carlton water pump was out, so they were also stocking up on bottled water.

Back to Glover Street, where I stopped at Mick & Miki’s Red Cedar Bar. The door was open, and a guy named Ross was cleaning up, music playing from a portable radio. Their kitchen, too, had closed when the power failed.

At home, after the twilight dimmed to dark, I used that little light to read by. I went to sleep to the hum of a neighbor’s generator instead of the soothing sounds of the river.