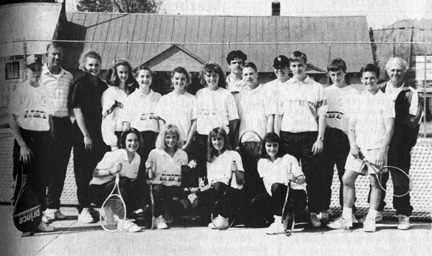 Supermarket Planned at Winthrop
Methow Center, Inc. and Lyle N. Walker, owner of Evergreen Serve-U store in Winthrop, announce construction of a new supermarket at Methow Center location immediately south of the town of Winthrop on the North Cascades Highway. The 10,000 square foot supermarket will be built in “Western” style to harmonize with the town of Winthrop which just recently completed restoration and became an authentic western town of the turn of the century.

Sam’s Place Reopens Tuesday
Sam’s Place at Winthrop is expected to re-open by May 15 under the auspices of International Management which operates the Sunny M. Corporations’ businesses in the valley…The interior has been rearranged into two main areas plus the cocktail lounge and kitchen…The dining area will seat approximately 110 people. The interior and exterior design follows the old west theme of the town with the use of aged and stained woods.

Sportsmen Start Predator Drive
The Methow Valley Sportmen’s Association in meeting Tuesday night at Winthrop, announced the start of a predator’s drive which will end July 1st. Prizes totaling $25.00 will go to boys or girls under 16, collecting the most crow and magpie wings. In addition to the prizes, 10¢ per pair of wings of either crow or magpie will be paid upon presentation at the following places: In Twisp at Dolores and Jack’s; In Carlton – Pat Meadows; In Methow – Doug Zahn. The Winthrop station will be announced later.

Aunt Hettie…
The Methow should get some pretty good recognition out of the Wenatchee Apple Blossom Festival this year with Chet Endrizzi helping us on our float. I hear he needs help to finish up our float and anyone who can get down there to give him a hand should get in touch with George Gibson to find out just where to go, as George has all the dope on it…..

Parents’ and Patrons’ School Day Was Pleasing Success
A. M. Derr spoke upon the matter of attendance of school children, and the effect of non-attendance. He stated that parents who kept their children out to go on trips, or go fishing, were doing the child and the school an injury. It is practically impossible for an average student to make up work that he has missed in classes. The teachers are forced to work overtime in helping backward students who have failed to attend regularly. Mr. Derr pointed out that the $400 loss to the district was only a small part of the loss, and that the rest was not measurable in terms of dollars.

He called attention to the fact that each high school pupil was worth 25 cents a day to the district and that ten pupils more in high school would bring into this district $450 that would be just like a gift from the state. Every effort should be made to get pupils to attend high school who are eligible to attend, as there is no place for them in employment and they do no good in idleness.

Local –
Friday the boys of the Twisp schools went up to Winthrop to help the Winthrop boys place a hot finale on the Winthrop term of school. The game named was baseball. The place played was Riverside park. The game was true to name, and very interesting, the young fellows doing better in proportion to their age than the town team. The Twisp boys got the best of the score keeper by one run.

Mrs. W. E. Reeves, who has been enjoying a vacation at Bellingham for the past six weeks, returned home Monday. Mrs. Reeves enjoyed her trip, but is glad to be home with Bill and the kid again.

County Engineer Harry A. Young is having his five-acre tract on Bear creek set to apple trees this week. Joe Bitle is doing the work. Our county engineer is going to have some good apples if he has to grow them himself.