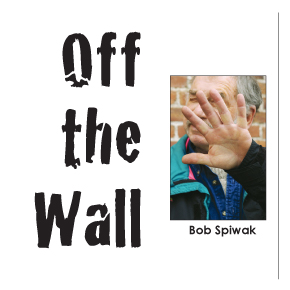 When zucchinis are outlawed, only outlaws will have zucchinis

Years ago a job market expert predicted that as more and more regulations are passed, a third of all professionals in the nation will be lawyers by 2020.

I suppose the reason for this is that we continue to elect them as legislators – local, state and federal. Lawyers have a vested interest in making as many laws as they can while in office to create more jobs for themselves when they are voted out. They can sponsor bills creating laws that require a certain expertise, thus opening up new fields of law for them to practice once weaned from the public trough.

Not that I have anything against lawyers. I worked around and in the field for two decades and can truly say that some of my best friends are lawyers. Though, when it comes to the ultimate question, no – I would not want my daughter to marry one.

In Aspen, a national media event was born when legislation was introduced to forbid the sale of furs in town. What was once considered a matter of free choice devolved into a legal battle.

Rather than things like huts, or western signs of interest to nobody but the locals, if we want to get on the “map” I propose a law banning the sale of zucchinis. The law will surely produce a cause that will gain national, nay, international interest and make work for unemployed salmon lawyers in this new field. No pun intended.

The law would ban the possession, sale and/or exportation of zucchinis in, out or from the Methow Valley. The referendum could be held at the same time as that for county commissioners, which would be appropriate.

Being the only thing that grows here, the squashes affect the economy by depriving local greengrocers of income. When’s the last time anyone bought a zucchini from Hank’s Harvest Foods or the Red Apple? They are given away, traded, left anonymously on doorsteps of unwitting victims. Neighbor is pitted against neighbor in not-so-friendly competitions to determine who has the biggest zucchini in the valley, borne proudly to the newspaper office for a picture. They are Twittered, Facebooked, Gristed. Anger and jealousy erupt, night riders shoot, steal or hack hapless plants. Second Amendment rights are demonstrated at the squashes’ expense.

I wonder how many of you are aware of the exploitation of zucchinis. Merely because they grow here is no reason for them to be slaughtered. What kind of example do we set for our youth?

If the legislation passed, Gonzaga and other universities could have a curriculum in Zucchini Law 101 and beyond. People arrested for possession (a misdemeanor) or cruelty to zucchinis (a felony) would have experts to act in their defense, and there would be equally educated persons to prosecute them.

But whether or not the law was passed, national attention would be directed at our valley and thus bolster the economy. The law would provide jobs for artists and printers. Bumper stickers might include, “I want to eat zucchini at Sun Mountain,” or “Nuke the zukes.” Or, “My lawyer plays squash with a thousand dollar racquet.”