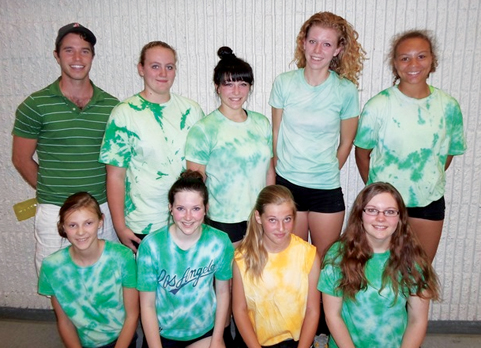 Volleyball in the Twisp Park will be one of the fun events taking place on July 4, when the 4’s Volleyball Tournament begins at 10 a.m.

The tournament is limited to 20 players of B level (high school varsity) or higher skill.

For a suggestion donation of $15 per person individuals can register by email at j_osh@centurytel.net.

Further information is available by calling Kim Frey at 997-2075.

Heather Yakely, a part time resident of Winthrop and rookie member of the Methow Cycle and Sport Blue Star Coffee racing team, is getting off to a good competitive year as the first woman to cross the finish line in the demanding Gran Fondo long distance cycling race in Leavenworth last Sunday (June 23).

The grueling 86-mile timed event came complete with 8,000 feet of climbing that was enough to discourage 10 percent of entrants from finishing the race.

Yakely persevered, however, to become the first woman to cross the finish line and place 13th overall.

Craven placed 17th overall in the Open Men’s division while Grialou placed seventh in her category.