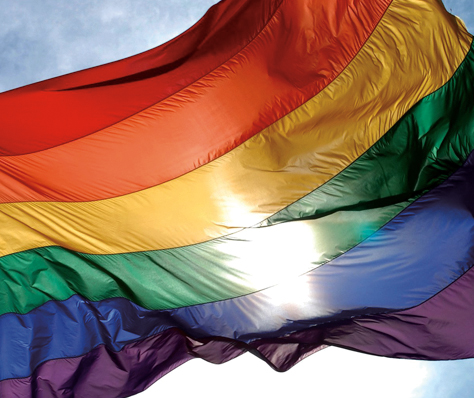 Methow Valley Pridefest, a celebration of the valley’s lesbian, gay, bisexual and transgender (LGBT) community, takes place in Winthrop on Sunday (June 30) starting with a gay pride march from Rivers Edge Resort at the north end of Riverside Avenue to the town’s Mac Lloyd Park.

“We want to welcome the whole community,” said event organizer April Wertz. “It’s a family-friendly event; everyone is invited.” She recommends bringing picnic blankets or chairs to the park and planning on staying the whole afternoon, with food, beverages and snacks available at the adjacent Winthrop Market until 2 p.m.

Cashmere’s L-Bow the Clown will perform at the park bandshell starting at noon. L-Bow’s juggling, unicycling, acrobatics and fire show will “entertain both the kids and adults,” said Wertz.

Teens from the Valley Teen Center will be selling $5 raffle tickets throughout the event, with drawings for prizes starting after the Laura Love concert. Raffle prizes have been donated by a number of valley businesses including the Freestone Inn, River’s Edge Resort, Blackbirds Cafe, Mr. J’s Barber Shop and Almquist Pottery. All proceeds from the raffle go directly to the Valley Teen Center, according to Wertz.

“The Valley Teen Center is our featured nonprofit this year,” said Wertz. “We want to support and be a presence for teens in the Methow who may be struggling.”

“It’s hard enough to be a teenager, let alone an LGBT teen,” she added, citing high rates of suicide among LGBT teens, as well as her own difficult experiences after coming out during high school in Greeley, Colo. She hopes that an alliance between the local gay community and the teen center will emerge out of the event.

“People have the misconception that everything is fine, but there is still a long way to go,” Wertz said. “We are trying to educate people that we are still fighting for rights: for marriage rights and to stop hate crimes. I just want to stand up for people who can’t speak for themselves.”

More information about Methow Valley Pridefest may be found on Facebook. Those interested in getting involved in the event may call Wertz at (509) 341-4278, or email her at alwertz75@gmail.com.