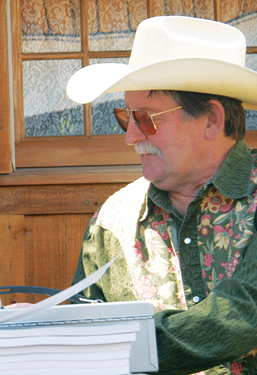 Winthrop resident Richard Hart has been awarded the Peace and Friendship Award from the Washington State Historical Society Board of Trustees. The award, which goes to a person who has advanced public understanding of the cultural diversity of Washington’s peoples, was presented at the historical society’s annual meeting on June 22.

Hart is a past director of the Institute of the American West and co-founder of the Institute of the North American West. He has served as an expert witness in several cases involving boundary and treaty rights of the Confederated Tribes of the Colville Reservation and worked with the tribes on issues related to the Well’s Dam settlement, the Icicle River Fishery and relicensing of the Rocky Reach Dam, substantiating the tribes’ claims and perspectives.