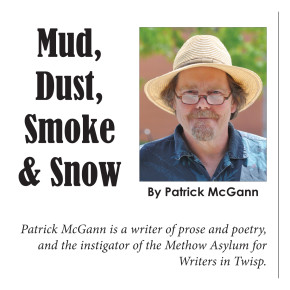 One. The Internal Revenue Service’s “targeting” scandal is exactly what the IRS says it is, overwhelmed bureaucrats making inappropriate shortcuts to more efficiently accomplish what they’re supposed to be doing – profiling, basically.

Two. The National Security Agency (NSA) has been collecting, mining and intricately sifting massive amounts of cell phone and Internet data on millions of Americans under the authority of the Patriot Act and other Sept. 11-related legislation.

After the 9/11 terrorist attacks, Congress passed sweeping legislation giving the government broad powers of surveillance. Lots of journalists, including me, railed about the intrusive nature of this legislation, the danger to our civil liberties and that once on that road, we might never turn back.

I don’t think the government is going to give up this power. Most Americans want it that way, more now than in 2001. (Last week 56 percent approved in a Pew Poll and 51 percent in a 2001 WaPo/ABC poll). Are they nuts? No, they don’t like bombs going off on American streets.

Operation Prism, the NSA’s surveillance program, captures gazillions of bits of data on cell phone calling and Internet use. It doesn’t eavesdrop on calls but it subjects email, forum posts, just about anything posted on line to key-word searches. So if you say the right combination of words in an email to your friend Abdul in Yemen, then it’s very likely your emails will be flagged for human snooping.

We knew Congress was giving the government this power beginning in 2001 and expanding every few years since. So it isn’t a surprise to see confirmation that the government is indeed doing what so many of us were afraid it was going to do.

The government, this administration and the last one, has repeatedly assured the American people that extensive data collection and mining (that is, applying highly sophisticated software that discerns patterns in minutia that no human could) is narrowly targeted on terrorism. And unless you are plotting to blow something up or otherwise maim and kill on a mass scale, they say, you have nothing to worry about. Yeah, but what if the people making those assurances have no say in the matter?

Which brings us to the IRS.

The Obama haters are so focused on witch-hunting him out of office, that they can’t see the real danger right in front of their eyes. They hear about the IRS targeting Tea Party and other right wing groups and think nothing other than that Obama is personally directing it. Ready! Fire! Aim.

We have passed intricately complicated tax laws, and the IRS is the agency charged with enforcing that mess. Their various departments have pretty broad flexibility on how they do that. Apparently. Think about that in the context of the NSA. We’re being asked to trust a president, senators and representatives on intelligence committees, intelligence agency directors and not just now, but through changing names and faces over years to come.

What if they actually have no idea what’s going on in one of their many field offices halfway across the country or across the Potomac or down three floors and at the end of a long hallway? Well, how could they? They are running vast machines. What if tucked away in a locked office is some geek who is paid to tinker with the search thingie, who comes up with a really cool way of cutting a corner or two and …

Which brings us to Hanna Arendt.

Arendt’s book was about the war crimes and atrocities trial of Adolph Eichmann in Jerusalem. Her point was that far from being a melodramatic evil villain bent on a hateful crusade of the Holocaust’s unspeakable evil, he was just some dispassionate, run-of-the-mill bureaucratic nerd in a vast machine of run-of-the-mill bureaucrats doing his job efficiently … and thoughtlessly.

The very idea outraged almost everyone in Israel who could not fathom such apostasy. They couldn’t imagine that a monster could be normal. Or that the normal can be monsters. Monsters have horns, warts, laugh maniacally and are deranged by all-consuming hate, right? They’re not just schmucks doing a job, right? Wrong.

That’s what’s wrong with operation Prism. It’s a dangerous saw blade in a vast machine. Its responsible and ethical operation requires thoughtfulness, conscience and competence at all levels all the time. “Keep, it Simple, Stupid” it is not. And so there will be failures. And the failures will have vast consequences.

We are joined in a compact that clearly states its purpose: “to form a more perfect union, establish justice, insure domestic tranquility, provide for the common defense, promote the general welfare and secure the blessings of liberty.”

Somewhere in an impersonal cubicle, there is a person diligently toiling away at a computer in service of his country, a patriotic public servant, too focused on his task to think of people.

I’m not so sure I wouldn’t prefer getting blown up. But I’ll think about it some more.