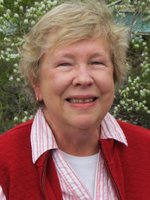 If you’ve ever been a teenager, raised a teenager, or taught one, you absolutely must attend the Friday (May 10) performance of Methow Voices: Teenspeak at the Twisp Valley Grange. There is a Thursday performance as well, and choosing between that and “Walking the Gobi” with Helen Thayer – even though I’m working with Twisp Library Friends on that – is a coin-toss decision.

Teenspeak is a most engaging performance. Fifteen teens assumed roles of others at Liberty Bell High School who had given taped interviews about topics grouped by “Teens in the Community” and “Teens as Individuals.” The interviews were transcribed word-for-word, and presenters captured the inflection and mood of the original speakers. I wondered how many teens in the audience had come to see if words from their interviews had been included.

Some of the monologues were short-takes; others delved deeper into a topic. When this happened – if the topic required serious consideration – the monologues were replete with “you knows,” “likes,” and “I dunnos” typical of teen speech. Young people are searching for answers and the words don’t always come easily.

Next to “beautiful,” the word “safe” – as in “feeling really safe here” – was used most often in Act I monologues. I was touched by one philosopher who said that as he gets older, “things can get better or things can get worse.” Another truly insightful teen said that adults’ expectations are for teens to “do what they [adults] didn’t do.” Act II’s individuals spoke poignantly of having to “step up and take care of myself” and asking “why clean dishes when there’s no food to put on them?”

Overall, I was saddened to hear how many teens said they can’t wait to get out of here. I hope they change their minds. Otherwise, the valley will be filled with nothing but old people who chose to retire here.

The final two performances of Teenspeak are Thursday and Friday, (May 9 and 10) at 7 p.m. Admission for adults is $10. Proceeds support the Methow Valley Teen Center at TwispWorks.