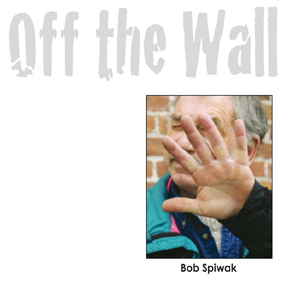 The end of March brings us to income taxes, property taxes and ducks back on the pond. It brings to us new garbage cans. In West Boesel, as in Carlton, anything out of the ordinary is newsworthy and the object of deep intellectual conversation.

“Deep” does not necessarily beget lengthy discourses. For example, in a public forum, I mentioned the arrival of our new refuse containers, a more politically correct appellation for garbage cans. My comments attracted the former Methow Valley Sanitation owner to my stool at SLIME the other morning. Don Davidson is a wonderful fellow who sold the company and is currently an employee of the new outfit, now called WasteWise Methow.

Anyhow, the above comments included the information that the new vessels would hold 32 gallons, the same amount of filler as did our, and maybe your, elderly containers. However, in reading that information on the can, it proved to be two gallons less of container containment than that we had gotten from Ace Hardware, way back in the days when Ace was a lesser card than it is today.

Davidson, with not a bit of rancor, informed me that while my comment could have been accurate, I had been in violation of the rules or the law for decades by my can, er, container, being two gallons over the allowed volume.

Well, as a former officer of the court this concerned me deeply. Don was kind enough, as was his predecessor, to allow us to flaunt the law with neither punishment nor termination of our service. I do know that our action (I must include Saint Gloria) was not felonious, and was a misdemeanor.

Considering what the can held, and what it smelled like, there is little doubt that we had committed what is known legally as a gross misdemeanor.

Did, or worse yet, does this make Davidson an unindicted co-conspirator? I hope not, and will testify that he was being neighborly and a credit to his craft. I am hopeful there will not be black-clad members of the Sani-SWAT team beating on my door. In any case, I am looking for the receipt to prove that it was Gloria and not I who bought the offending container.

Moving right along, two Wednesdays ago displayed a weak point in the protocols of where and how to put the containers out for collection. They have to be at roadside, with a handle and arrow pointing to the thoroughfare. Well, on that fateful Wednesday, two inches of snow fell on Highway 20.  Having had years of learning that the snowplow plus 50 miles per hour equals knockdowns, we moved the can back from the prescribed location.

According to a neighbor down the road, his and another container got walloped by the flying snow off the plow blade and its irresistible force met the bodies at rest and down they went, creating scatterville. The laws of physics prevailed. Or so I am told.

This is not to say I object to the new system. I like it. I just hope I don’t have to share a cell with Don Davidson.