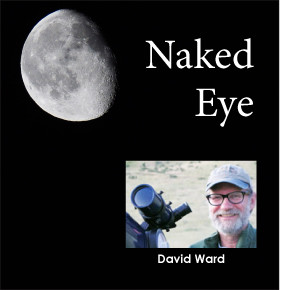 Last week the Earth passed that point in its orbit known as the vernal equinox, which we generally refer to as the first day of spring. Now, hurtling along at 67,000 miles per hour, our little planet is headed for the summer solstice.

As we cruise around our sun, not only do we experience a change of the seasons, but we are also presented with a different view of the universe. The bright stars of winter, Orion and his pals, are scrolling westward across the sky, soon to disappear into the sunset glow. Meanwhile, a new set of constellations are appearing in the east.

High up in the south on an April evening you might notice a large backwards question mark of stars in the sky. To the left is a triangle of three stars. These stars represent the constellation Leo the Lion. It is one of the 12 constellations of the Zodiac which circle the globe and through which the moon, sun and all the planets travel in their celestial wanderings.

The backwards question mark, or sickle as it is sometimes called, represents the head and mane of the lion, and the triangle depicts the hindquarters and tail.

Many ancient cultures saw these stars as a lion or other beast. In Greek mythology Leo was known as the great Nemean Lion which fell to Earth from the moon as a meteor. This lion terrified the countryside of Greece, gobbling up people right and left, until slain by the ancient hero Hercules.

The Romans associated this constellation with Bacchus, the god of wine and partying, who often wore a lion skin draped over his shoulders.

The bright star at the dot of the backwards question mark is Regulus, which means the “little king” in Latin. That star is 77 light years away from us, which means, cosmically speaking, it is in our neighborhood, not next door but a block or two away. If you were to hop on a non-stop Alaskan Airlines flight to Regulus the trip would take about 80 million years! Did I ever tell you we live in a big neighborhood?

One curious fact about Regulus is that it is spinning like crazy. Whereas our sun turns on its axis at the very leisurely pace of once a month, Regulus spins around every 16 hours. It spins so fast that it actually bulges out at the equator like a deflated beach ball with a heavy person sitting on it. If it spun any faster, the star would literally fly apart.

Regulus would not make a great star for a planet like ours with life on it. First of all it is way too hot, putting out about 350 times the energy of our sun. Secondly, it is gobbling up its fuel too fast and will only last a few hundred million years as compared to our sun’s life span of billions of years. Not enough time for the delicate process of nourishing the evolution of advanced life.

Also, Regulus has three companion stars orbiting around it and their gravitational forces would jerk a planet like ours around all over the place from boiling hot to freezing cold. I will take our little Earth and sun any old day. Most of the other places out there in the vast cosmos are quite inhospitable.

If you have not seen Comet PANSTARRS yet it is still up there, but you will need binoculars to pick it out. Look for it in the early evening to the east of where the sun sets. It is a beautiful little comet with a nice well defined tail. It is heading, tail first, back out into deep space from whence it came.

The moon will play tag with Jupiter and other objects again this month. On the evening of April 13 look for a small crescent moon shining near the Pleiades star cluster. The next night, April 14, a slightly larger crescent moon will float next to Jupiter. On April 24 an almost-full moon is very close to the bright star Spica. Then on April 25 the full moon is just below Saturn.

Enjoy these warmer spring evenings and take a quick glance up at the heavens above.