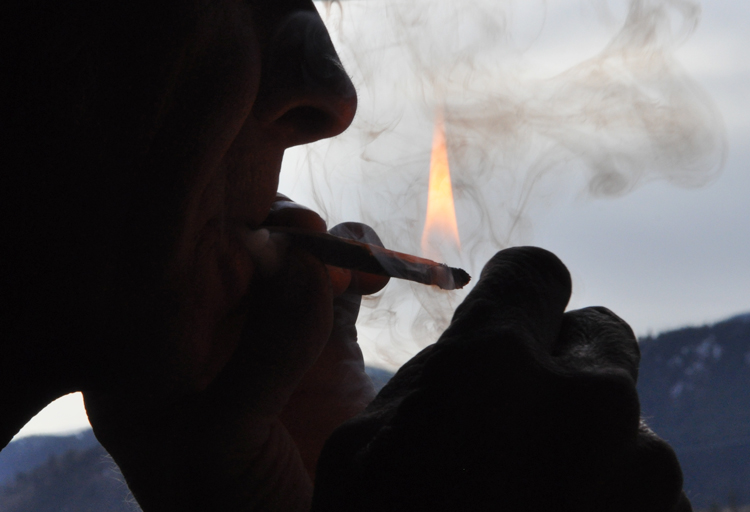 When measured against their peers around the state, Methow Valley teens are more likely to use alcohol and marijuana and to believe that such behavior is tolerated, according to a recent survey given in schools around the state.

Although the number of youths who drink or smoke marijuana is higher in the Methow than elsewhere, their use of alcohol, cigarettes and marijuana has been dropping consistently over the past six years, with the biggest decreases in drinking and smoking, according to the survey results.

The numbers come from the Healthy Youth Survey, given annually to students in sixth, eighth, 10th and 12th grades. The students are not required to fill it out, but the response rate in the Methow was very high in 2012, with more than 95 percent of 10th and 12th graders in the Methow Valley School District completing the survey, meaning the results can be more representative of behaviors and attitudes.

The survey asks about everything from frequency of alcohol, marijuana and cigarette use to physical activity, gambling and nutrition. Many of the questions are designed to assess the risk and protective factors young people experience in their communities, including time with family (how often they have meals together, whether teens enjoy spending time with their mother or father) and attitudes toward school.

The survey also tries to discern attitudes toward drugs and alcohol – youths’ own impression of how harmful these substances are, and how they think their parents and others in the community see these behaviors.

With so many numbers – and caveats about sample size and response rates – the survey data can seem removed from young people’s lives. “I make people try to understand these aren’t numbers – these are kids,” said Megan Azzano, co-program director of the Okanogan County Community Coalition, which works to reduce substance abuse in the county.

A statistically significant proportion of 12th graders in the Methow Valley said they had used alcohol in the 30 days before the survey when compared with their peers across the state – 56 percent of Methow seniors had had a drink, versus 36 percent statewide. Statistical significance means that the difference was not likely to have occurred by chance.

Comparisons for marijuana were similar. The number of Methow 12th graders completing the survey who had smoked any marijuana in the previous 30 days was also significantly higher than those in Washington – 68 percent versus 46 percent.

In the Methow, 12th graders were much less likely to say that their parents believe it would be “very wrong” for them to drink alcohol (32 percent, compared with 52 percent statewide) – a difference that came close to being statistically significant. The number who said it would be “wrong” was close – 26 percent in the Methow and 23 percent in the state. Methow 12th graders who said their parents would consider it “a little bit wrong” was higher than in Washington overall – 37 versus 16 percent.

Among 10th graders, 48 percent in the Methow said their parents would find it “very wrong” for them to drink, while 70 percent of their peers around the state said it would be very wrong.

Perceptions about the tolerance in the Methow for marijuana also diverged from patterns around the state. By a significant margin, fewer Methow 12th graders said their parents would consider it “very wrong” for them to use marijuana, compared with those around the state (48 to 70 percent). Responses of younger students were more consistent statewide.

Researchers studying the data on community perceptions try to assess whether it accurately reflects community attitudes or just others’ take on these views. For example, a separate study recently conducted in Omak found that nine out of 10 parents said they talk to their kids about drugs and alcohol, set clear rules and hold their kids accountable. But only four out of 10 believe that other parents do the same, said Azzano.

Opinions about the acceptance of drugs and alcohol are key in prevention, according to Deb Schnellman, communications manager for the state Division of Behavioral Health and Recovery. Overall community perceptions are important, but the message from parents has the greatest influence on young people’s behavior, she said.

Adults must make it clear that drugs and alcohol have harmful effects on the developing brain and that research has connected use of these substances with criminal activity, lower graduation rates and increased risks of addiction, she said. “There is no research to show that parents who allow responsible drinking at home will keep an 18-year-old from going crazy at college,” said Schnellman.

One of the most important messages from adults is that most teens are making healthy choices, said Schnellman. If they perceive that the societal norm is not to smoke or drink, teens will be more likely to make good choices themselves.

Someone to talk to

The Healthy Youth Survey also asked about other social factors that affect kids. Methow youths were much more likely than their peers to say there is an adult they can talk to at school.

In part because of cuts in funding, the state is trying a new approach to prevention. They are directing money to a single coalition in each county that focuses on the community and school district where factors such as dropout rate, poverty and juvenile crime indicate the greatest need, said Schnellman. The Okanogan County Community Coalition is focusing on the Omak School District.

Azzano said the Healthy Youth Survey numbers indicate that the coalition has been effective, pointing to a big decrease in substance abuse in the county over the past 10 years. “It’s really amazing to be able to say prevention does work – for every dollar you spend on prevention, between 10 and 18 dollars is saved on societal costs,” she said.

About four years ago, the coalition’s prevention efforts shifted from working directly with individual students and parents to trying to effect change on the community level, by reducing access to drugs and alcohol and working to change advertising messages, said Azzano.

“If prevention works, you never know – you see the destruction and the heartbreak when addiction works, but you don’t see the prevention,” said Azzano.

Azzano said they hope to have money for interventions outside Omak very soon.