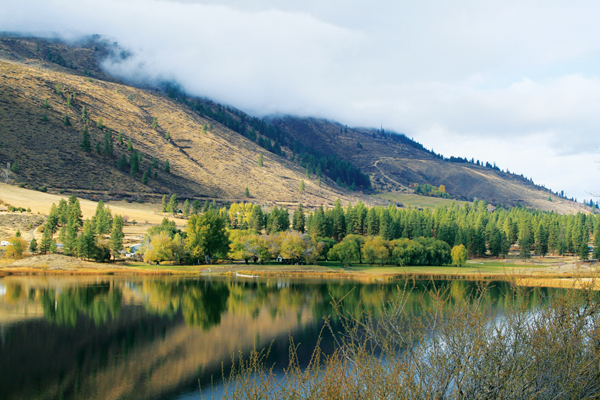 The initial analysis of a proposal to restore water in Big and Little Twin lakes by pumping it from the Methow River and storing it in the lakes has found the project would not affect the river or endangered salmon.

Aspect Consulting was asked to evaluate the project’s impact on channel-forming flows and salmon recovery by Okanogan County and the Washington Department of Ecology.

Aspect’s analysis determined that the diversions from the river would be so small that they would not affect the formation of channels at peak flows. The flows, which flush gravel in the river, are important to fish migration and spawning, according to Dan Haller, an environmental engineer with Aspect.

Aspect also analyzed whether the project would affect stream functions and fish passage and found that effects would be neutral.

The water would be pumped from an aquifer fed by the Methow River via a 2.3-mile buried pipeline for storage in the lakes. Approximately 70 percent of it would return to the river and be available for mitigation of new downstream uses, according to the project design.

The county and state had previously found that the project could have a significant environmental impact and determined the need for an environmental impact statement. They are reviewing the consultant’s findings and will decide whether to proceed with the environmental review or change their determination, according to Joye Redfield-Wilder, public information manager for Ecology.