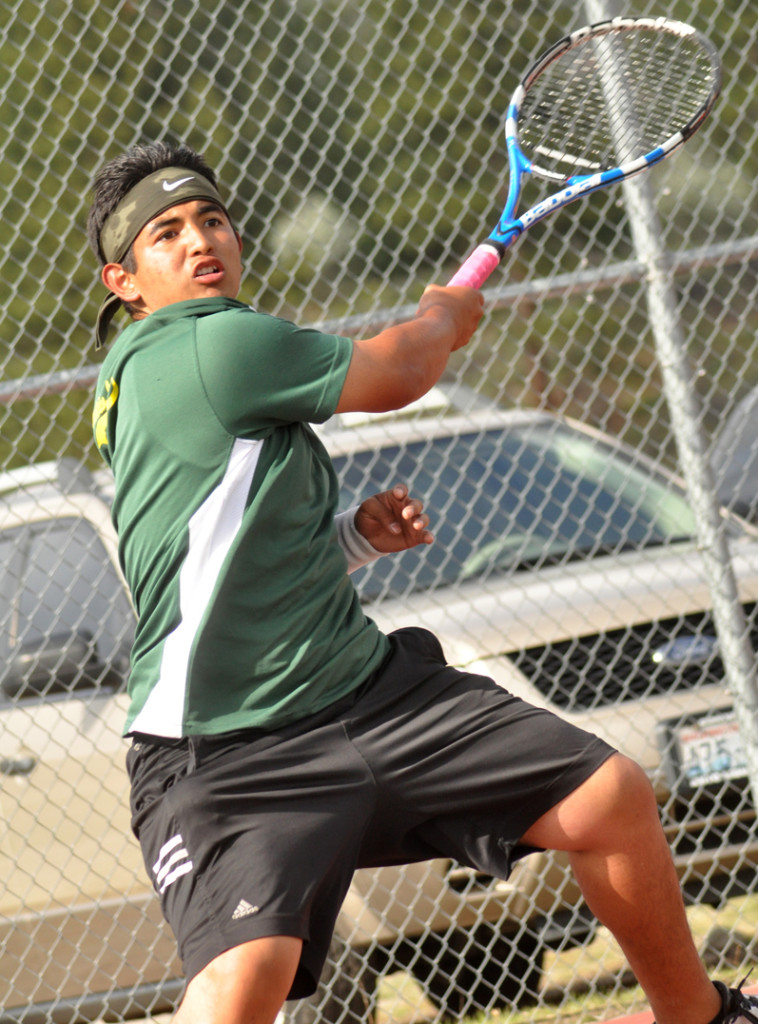 Undefeated No. 1 seed and state veteran Manuel Perez will lead the Liberty Bell High School varsity tennis team into district play at Eastmont High School Saturday (May 11) as the Mountain Lions begin the march to see who among them makes it to state competition.

The Liberty Bell boys swept both Pateros and Tonasket 5-0 last week in what coach Dave Schulz described as “pretty lopsided scores, mostly ones and zeros.”

Second singles player Carlos Perez encountered the only tussle of the day when he faced Tonasket’s No. 1 singles player and prevailed through the best of three sets, 2-6, 6-2, 6-3.

Jesse Schulz and Daniel Sonnichsen easily handled their doubles opponents 6-1, 6-0; while Stony Hulon and Fletcher Rickabaugh fought through a 7-5, 6-1 win.

The Liberty Bell girls were on the other end of the sweep at Pateros and Tonasket but Schulz acknowledges that they’re still a young team and will come into their own in the coming seasons.

District play for the Mountain Lions will include all the teams they defeated this year in the 1A Caribou Trail League as well as 1B and 2B opponents. Winners from this weekend’s three-match marathon will be back at Eastmont the following Saturday to trim the finalists even further.