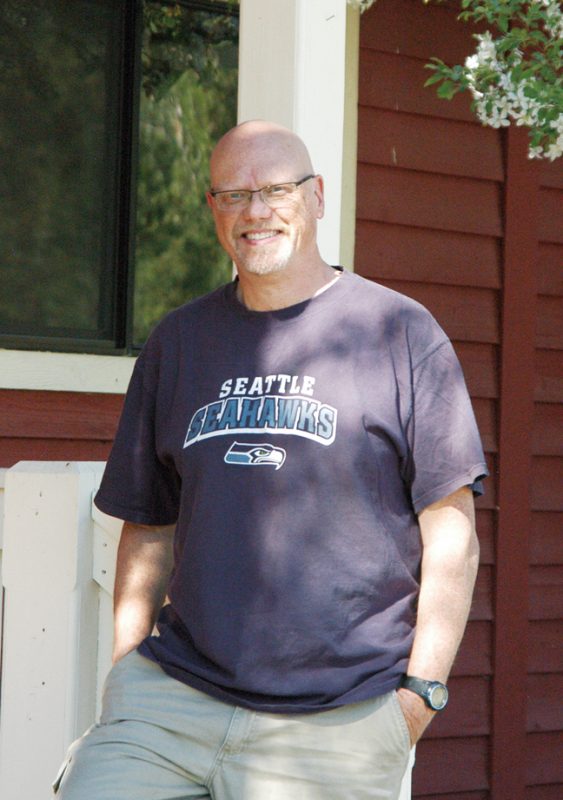 Photo by Ann McCreary: Rev. Jeff Palmberg will take the helm at the Community Covenant Church in Twisp.

The Community Covenant Church in Twisp has a new pastor. Jeff Palmberg recently moved from Mercer Island to the Methow Valley to take on his new role.

Palmberg has been involved with the evangelical Covenant Church denomination for 25 years, but his position in Twisp is a new one for him.

“All of my church work up to this point has been in youth ministry. This is my first time to move into a lead pastor role,” Palmberg said.

The Community Covenant Church has been without a pastor since Gregg Oliver retired in October, Palmberg said.

“I knew Pastor Gregg for many years. I knew he was planning to retire but that wasn’t a time I was considering moving into this role,” Palmberg said.

“I was encouraged over the last year by a few people not to limit myself to staying in youth ministry. It was a neat process to move to being open to do something new,” Palmberg said. “It felt like God was opening up possibilities for me I hadn’t considered before.”

Palmberg moved with his wife, Tami, to the valley in April. He has a son attending college in Chicago and a daughter who is about to graduate from high school on Mercer Island. He grew up on Mercer Island and worked there for the past six years. He has also worked in Connecticut and Michigan.

In his new position as lead pastor of the 140-member congregation, Palmberg said he is enjoying getting acquainted with the valley and its residents.

“My first goal is simply to get to know the congregation and the community,” Palmberg said. His goal for the future is to “build on the attitude of wanting to live out the church’s motto – hearts reaching up and hands reaching out.”